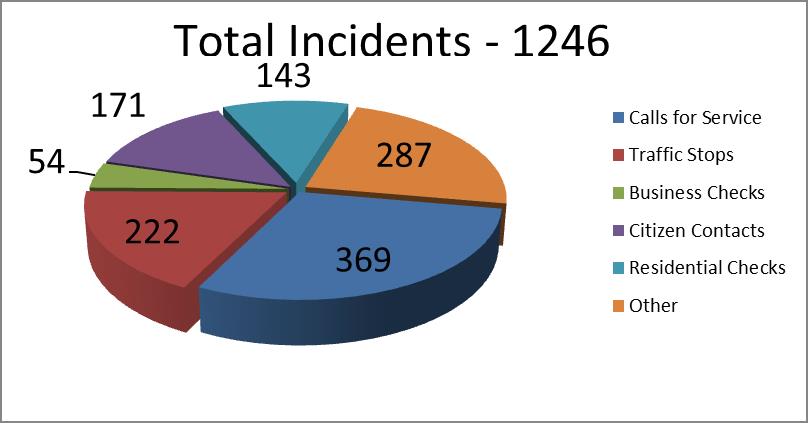 During the month of April, there were five (5) reports of vehicles being burglarized within the shopping center parking lots. During one of the burglaries, a handgun was stolen from the vehicle.

During the month of April, patrol officers made a total of twenty-four (24) arrests for drug and alcohol related charges, which included three (3) arrests for driving under the influence of drugs and/or alcohol.

Throughout the month of April, multiple grand theft incidents occurred in the 1200 block of El Camino Real with the same suspect. The suspect would enter the store and load suitcases with dozens of denim jeans and then flee out the emergency exit without paying for the merchandise prior to police arrival.

On 4/29/17 at approximately 1817 hours, the reporting party called police to advise that the suspect had just entered the store. Responding officers arrived and located the suspect when he fled through the emergency exit doors after concealing merchandise.

The suspect was in possession of cocaine and provided a false name to police. His true identity was confirmed and determined that he was involved in the prior grand theft cases as well a robbery in Daly City. Daly City Police were notified and responded.

The suspect was arrested for grand theft, possession of cocaine, and providing false information to police. He was booked into the San Mateo County Jail.

On 4/11/17 at approximately 0717 hours, police responded to the 900 block of Serramonte Boulevard to the report of a stolen vehicle. Responding officers arrived and determined that sometime between 1800 hours on 4/10/17 and 0545 hours on 4/11/17, four vehicles were stolen off the auto dealership lot. One vehicle was used to ram the fence in order to clear an exit for three additional vehicles to pass through. Three vehicles were ultimately recovered with one still outstanding.

On 4/13/17 at approximately 1430 hours, a false report of a fight was reported to be occurring in the 400 block of D Street. The suspect had made multiple calls requesting police services regarding a parking complaint. The reporting party then falsely reported that a fight was occurring outside his residence in an attempt to get a faster police response.

Officers arrived and after talking to witnesses in the area, determined that the report of a fight had been falsely made. The suspect was arrested and booked into San Mateo County Jail.