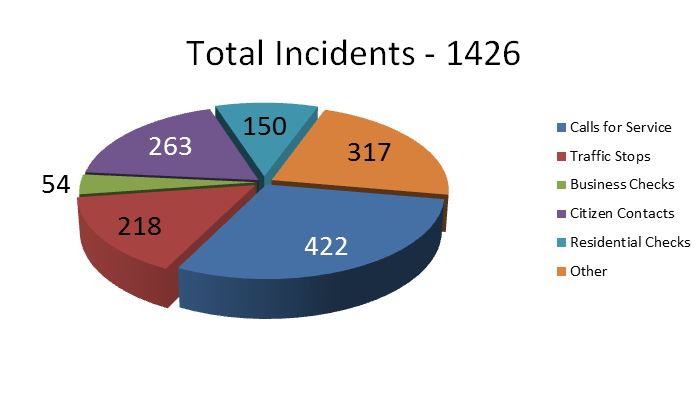 During the month of July, there were five (5) reports of vehicles being burglarized.  All of the vehicle burglaries occurred in the commercial district.

During the month of July, three (3) vehicles were reported stolen.

During the month of July, patrol officers made a total of forty-five (45) arrests for drug and alcohol related charges, which included six (6) arrests for driving under the influence of drugs and/or alcohol.

On July 2, 2017, two male suspects approached a couple who had just entered their vehicle on the 900 block of Serramonte Boulevard.  One of the suspects pointed a firearm at the couple while demanding them to exit the vehicle.  The victims complied with the suspect’s demands out of fear for their safety.  It was later determined that the firearm was a replica gun.  The suspects entered the vehicle and attempted to take the vehicle, but were not able to start it.  The suspects then fled the scene on foot.  The suspects are currently at large.

On July 18, 2017, Colma Police responded to the 900 block of Serramonte Boulevard to a report of a grand theft.  The victim wasn’t paying attention to his laptop when a male suspect snatched the laptop and fled the business.  The suspect was last seen getting into a white Nissan Altima and heading northbound on Junipero Serra Boulevard.  The investigation is ongoing.

On July 18, 2017, Colma Police responded to the 100 block of Colma Boulevard to a report of three males committing a fraud at a business.  Upon arrival, the Colma Police observed two of the males flee on foot through the shopping complex.  The third male got into a vehicle to flee the area.  A Colma police officer attempted to detain the male and ordered him to exit the vehicle.  As the male put the vehicle into gear the officer attempted to gain control of the suspect.  The suspect then accelerated the vehicle, dragging the officer 15-20 feet, resulting in minor injuries.  The suspect then fled the scene colliding into a parked car and a police motorcycle.  He was last seen heading north on Junipero Serra Boulevard.  The investigation is ongoing.