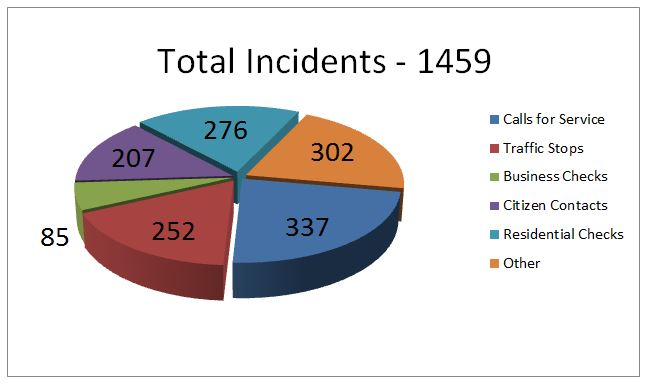 During the month of March, two (2) vehicles were reported as being broken into within the shopping center parking lots.

During the month of March there was one (1) report of a vehicle being stolen.

During the month of March, patrol officers made a total of 11 arrests for drug and alcohol related charges, which includes two (2) arrests for driving under the influence of drugs and/or alcohol.

On 3/7/17 at approximately 1852 hours, Colma Police Officers were dispatched to the 1200 block of El Camino Real to the report of a theft with a physical altercation in progress. While officers were in route, dispatch updated that the suspects were fleeing the scene. Officers arrived on scene and located the suspect vehicle and detained the two occupants.

The suspects were positively identified at the scene and arrested. The female suspect was arrested and booked into the San Mateo County Jail for the second degree robbery, petty theft, and committing a felony while out of bail. The male suspect was arrested for second degree robbery and battery. He was transported to a local hospital for medical evaluation on injuries he sustained during the battery.