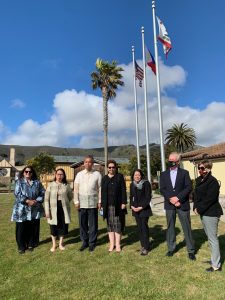 Consul General Ferrer made poignant remarks that, not only paid homage to those who fought on the frontline for Philippine independence, but to the countless frontline workers who have stood steadfast in their fight to save lives throughout the COVID-19 pandemic.  As a community, we also stand in unity with Consul General Ferrer’s hope for systemic changes to overcome the rise in anti-Asian hate.

The event was a wonderful celebration of the remarkable contributions that the Filipino and Filipino American community has made, not just to Colma, but to the whole country.