Welcome to the Town of Colma

The City of Souls 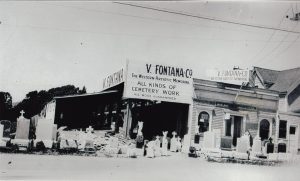 Colma is believed to be an Ohlone Indian word, meaning “many springs”.

Events that lead up to the incorporation of the Town of Colma began seventy five years before the incorporation in 1924. In 1849 the gold rush brought hundreds of thousands to San Francisco and with them they also brought disease leading to a high death rate. Twenty six cemeteries had been established and most were almost filled by the 1880s.

In the late 1880s, cemetery owners started looking for new property to bury their dead as San Francisco’s cemeteries were full. The southern end of Colma was chosen because of transportation. There was easy access by horse and carriage by way of Mission Street, street cars ran from San Francisco to Colma, trains were going along side the cemeteries and most all having stops at each cemetery.

In the late 1890s California had passed the State Penal Code 297 prohibiting burials anywhere except in an established cemetery. Such as one established by a city, county, national, religious or an organization.

On March 26, 1900, the City and County of San Francisco passed an ordinance that there were to be no more burials allowed, as the land was too valuable to be wasted on the cemeteries, it was to be used for the living.

January 14, 1914, eviction notices were sent out to all cemeteries to remove their bodies and monuments. Colma then inherited hundreds of thousands of bodies. Many went into mass graves as there were no relatives to pay the $10.00 for removal. 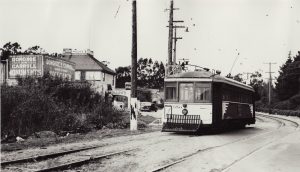 August 5, 1924, Lawndale became an incorporated city of 2.2 square miles. The Association of Cemeteries was headed by Mattrup Jensen and Joe Cavalli, the town blacksmith was made Marshal.

December 1941, the name Lawndale was changed back to Colma. The U.S. Post Office stated that there was an established Lawndale in Southern California. Colma had been able to use the name Lawndale without repercussion, as all residents and businesses had been using the Colma Post Office with a box number for delivery addresses. When it was requested to have home or business deliveries, it was then discovered that the name was used elsewhere.

View the trailer below for a sneak peek at Colma’s “A Journey of Souls,” a historical documentary film produced by Kingston Media in celebration of the Town of Colma’s 90th anniversary celebration in 2014.  Copies of the film can be viewed and purchased at the Colma Historical Museum, located at 1500 Hillside Blvd., Colma, CA.