Welcome to the Town of Colma

As shown in the chart below, the current population of Colma is 1,509, the State of California Department of Finance estimate. The population increased in 1986 due to an annexation of existing housing units to the Sterling Park neighborhood. 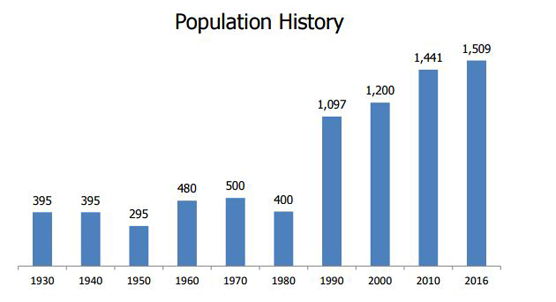 Colma is more diverse than San Mateo County as a whole. Only a third of the residents are white (compared to well over half in the county) and almost half are Asian. Over the past decade, the white population has declined while the Asian population has grown. Approximately 25 percent of the residents are non-white or more than one race. Additional, 40 percent of the population is Hispanic. Latino or Hispanic is not a separate racial category on the American Community Survey, and so all individuals who identify as Latino or Hispanic also belong to another racial category as well (i.e. black, white, other, etc.) 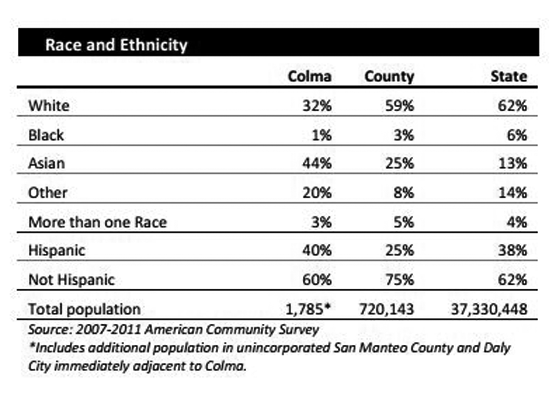 The average age in Colma has decreased over the past decade. In 2000, the median age was 37, but in 2011 it was 31. This appears to be due to a growth in the 20-34 segment of the population, which grew from one-fifth of the total population in 2000 to one-third in 2011. Children under 19 comprise almost 30 percent of Colma’s population; seniors over 60 are only 12 percent. Colma is the only city in San Mateo County whose population has gotten younger. 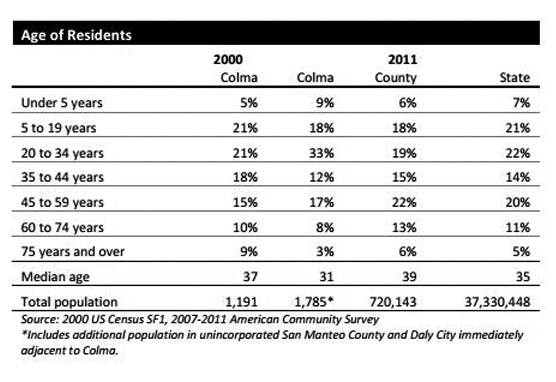 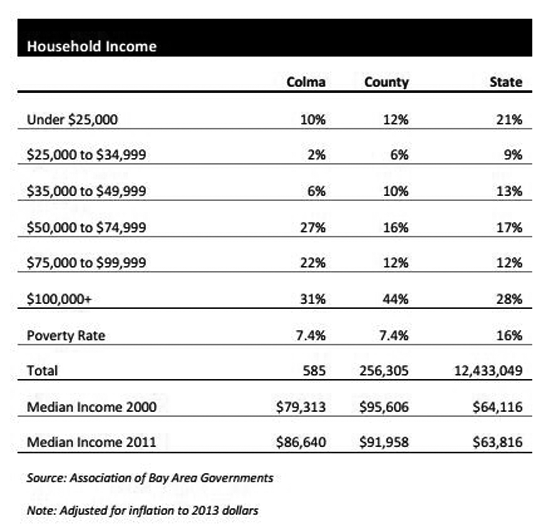