According to the State of California Department of Finance  the current Colma population is 1,729. The population increased in 1986 due to an annexation of existing housing units to the Sterling Park neighborhood and the addition of Veteran's Village housing in 2019. 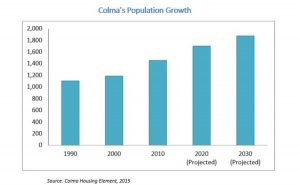 The average age in Colma has decreased. In 2000, the median age was 37 and in 2018 it was 33.  This appears to be due to a growth in the 20-34 segments of the population, which grew from one-fifth of the total population in 2000 to a third in 2011. Almost 30 percent of Colma’s population is comprised of children under 19, and only 12 percent of the population includes seniors over the age of 60.  Colma is the only city in San Mateo County whose population has gotten younger. 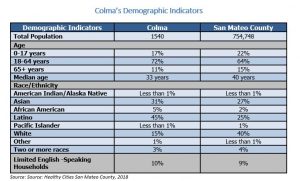 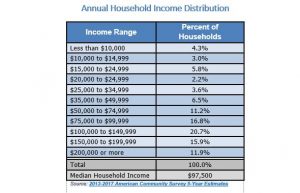